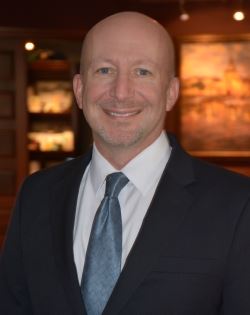 As managing shareholder of the Law Offices of Steven J. Klearman & Associates, Attorney Steven J. Klearman has spent more than 30 years successfully fighting for Nevadans who have been injured by the negligent actions of others. He regularly goes to court and he has secured many large results for his clients. Steve has handled many catastrophic injury and death cases in his long career in northern Nevada.

Born and raised in St. Louis, Missouri, Steve received a fellowship to study Mandarin Chinese in Taipei, Taiwan. He went on to receive his B.A. from the University of Missouri and graduated magna cum laude. Following this, he received his law degree from Washington University in St. Louis and also studied international law for a year at the University of Notre Dame Law School’s London campus. In 2000, Steve trained at the Harvard Mediation Program at Harvard Law School and he was subsequently appointed as a mediator in the United States District Court, District for Nevada as well as an arbitrator in the Nevada District Court system.

Steve has had multiple articles and law books published throughout the United States and abroad. His 300-page Elements of Nevada Legal Theories, now in its Fourth Edition, is considered one of the definitive guides to Nevada civil law and is used every day by Nevada attorneys and judges.

During his free time, Steve is an avid cyclist and snowboarder and he and his wife love to four-wheel throughout Nevada.